What is a Dog Sterilization program? n
Skip to content

A dog is the only creature on the earth that loves you more than he loves himself. More than humans, dogs can give you the love that you will not receive from anyone else.

Dogs are a blessing from heaven, but most of us take them for granted. Many people literally hate dogs, not just dogs but any other pet also. These people never really pet an animal.

But we have some angels too, who do a lot for dogs. If they call themself a pet lover, they prove it.

Many people pet dogs and also adopt. In addition, they adopt and feed street dogs. Like humans, dogs can also develop several diseases which may be dangerous to their health. For this, they are treated through different surgical processes; one such process is the sterilization program.

The dog sterilization program is a surgical process. Here the reproductive organs of dogs are permanently removed so that they stop breeding. Sterilization is done on many animals like male and female dogs, rabbits, cats, etc. it is also known as neutering.

There are strict rules to be followed before sterilization. Any normal veteran does not do it; this requires a specialist veteran. The veteran should have a license to do a sterilization program.

There is a certain age of dog to do a sterilization program. Therefore, one should always consult a specialized veteran to perform sterilization on their dogs. 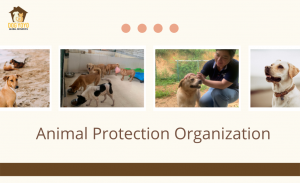 Sterilization helps in maintaining the good health of your pet.

Castration is the most common among male dogs, along with it, some more procedures are followed on male dogs –

Changes in male dogs after sterilization

The sterilization in females is commonly known as a spay procedure. They are sterilized in two ways.

Changes in female dogs after sterilization

Neutering and sterilization are very common in the states of the US and Europe. It is routine there to sterilize their pet in the very first year of their birth. Sterilization also becomes crucial if your dog develops a certain serious illness like cancer.

To make your dog live a longer and healthier life, it is crucial to sterilize your dog. Sterilization is regularly followed in foreign countries, so it is recommended to adopt the idea because it only adds life to your dog’s life.

No comments to show.